Welcome to the Yu-Gi-Oh! TRADING CARD GAME (TCG) destination on DOGOgames! Yu-Gi-Oh! is a game of strategy, where players create individual Decks of cards collected from a variety of products. Two players engage in a Duel while using cards that represent powerful Monsters, magical Spells, and surprising Traps. Over the next year we’ll introduce more of the Yu-Gi-Oh! TCG on this page, and also show you how it reinforces reading, improves math skills, and teaches strategic thinking while having fun!
Simplified and streamlined to be as quick and fun as possible, Speed Duel is the perfect way for any newcomer to try out Yu-Gi-Oh!. 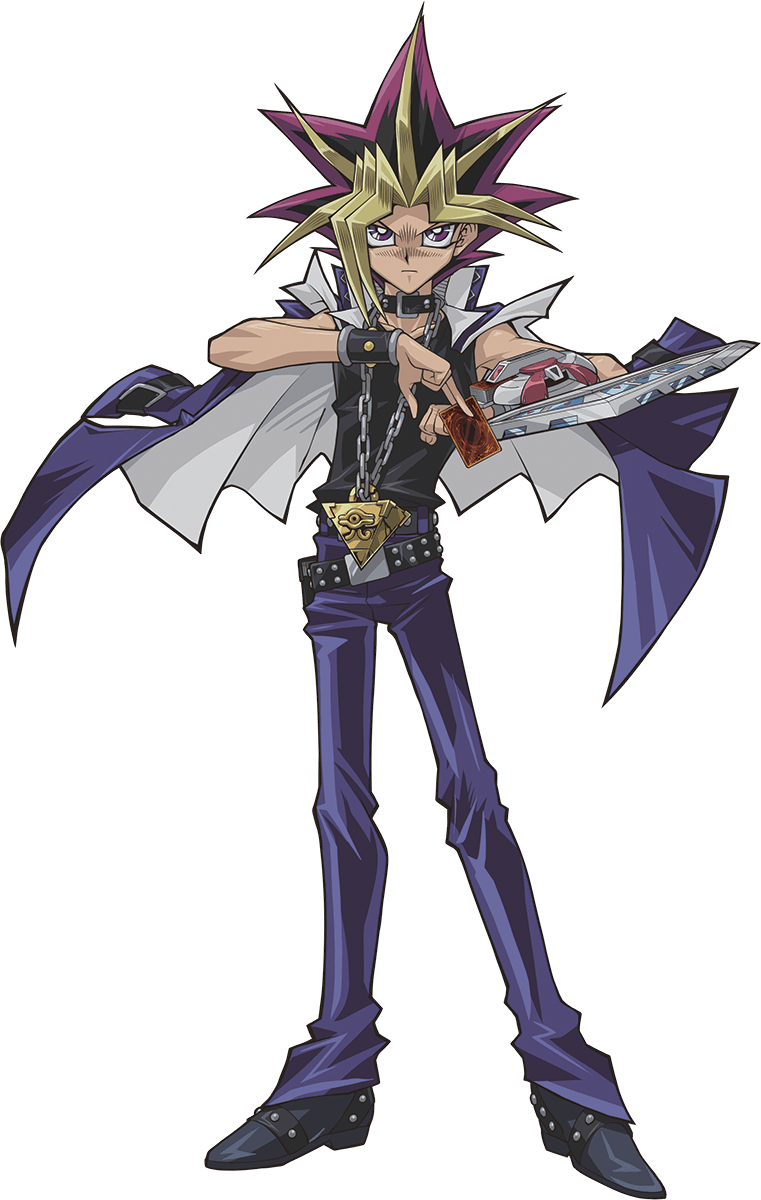 The young and steely-eyed Yami Yugi is an extraordinary and confident duelist who fights the ultimate battle at the Shadow Games. But who is Yami Yugi? The spirit confined within the Millennium Puzzle is the spirit of the ancient Egyptian Pharaoh that locked away the Shadow Games millennia ago. 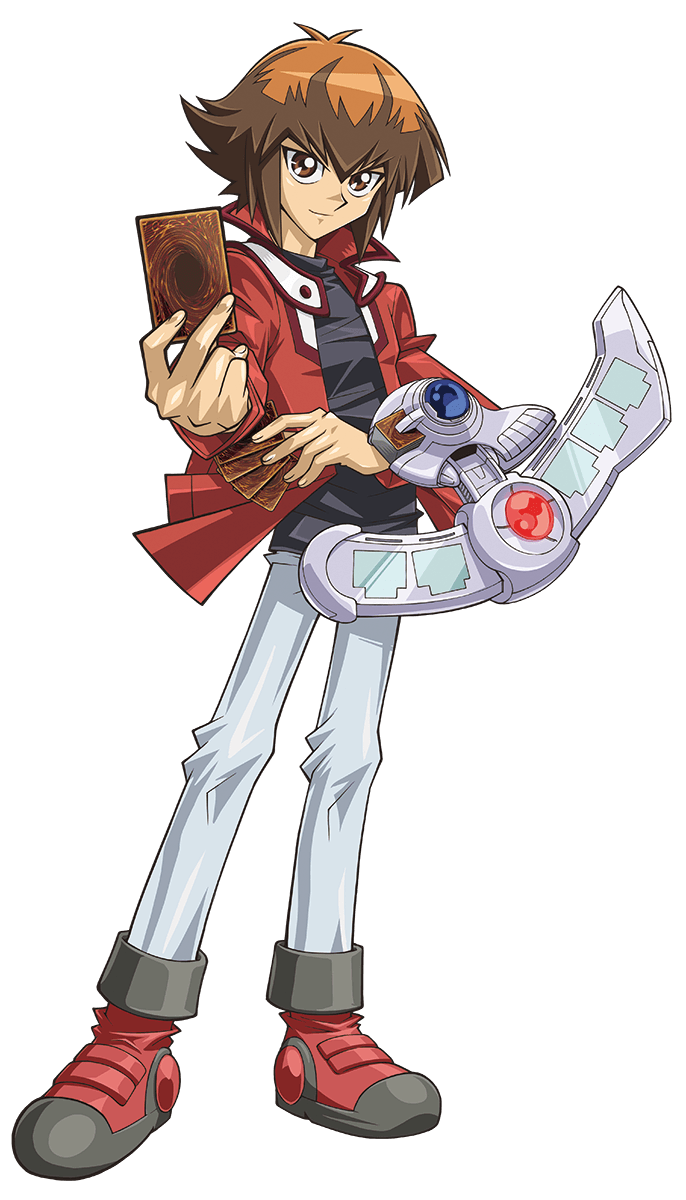 Jaden lives in the lowest-ranked Slifer Red dormitory because he gets bad grades, but he’s out to prove that test scores aren’t everything! His superior dueling skills and incredible instincts are unlike anything the teachers have seen before, and he’s ready to rock Duel Academy to its foundation! There’s one person who sensed Jaden’s innate talent – the legendary duelist Yugi Muto! When Jaden receives the rare Winged Kuriboh from Yugi, Jaden soon learns that he may have a unique connection with monsters which is slowly coming to fruition...

Yusei is a cool, quiet, technically savvy, master mechanic and Turbo Duelist extraordinaire. He is a soft-spoken and smart duelist whose actions speak louder than his words. For the most part, Yusei tends to keep a low profile, spending most of his spare time modifying and tricking out his Duel Runner. When he’s not too busy upgrading his runners CPU, he likes to hang with his closest friends Rally, Tank, Blitz and Nervin. Fueled with the hope of a better life for his friends, Yusei crafted the fastest and most competitive Duel Runner ever to kick it into overdrive! A feat so impressive it turned his best friend Jack Atlas into his worst rival. With a pride in his ride and an unbreakable bond with his Stardust Dragon, Yusei has become a gifted Turbo Duelist who can throw down with the best of ‘em. Yusei is a Signer. He’s one of the five chosen duelists to have been marked by destiny to uncover the secret of the Crimson Dragon.

Every boy has a dream. For Yuma, his dream is to become the world’s greatest duelist. But there’s just one problem - his dueling skills are…well, let’s just say…a little less than skillful!  Although Yuma may still be learning how to duel, he more than makes up for his inexperience by feeling the flow and dueling with the passion of a pro and the attitude of an ace.  That’s why no matter how powerful the opponent, Yuma is always ready to take them on – even if his skills are a little off! 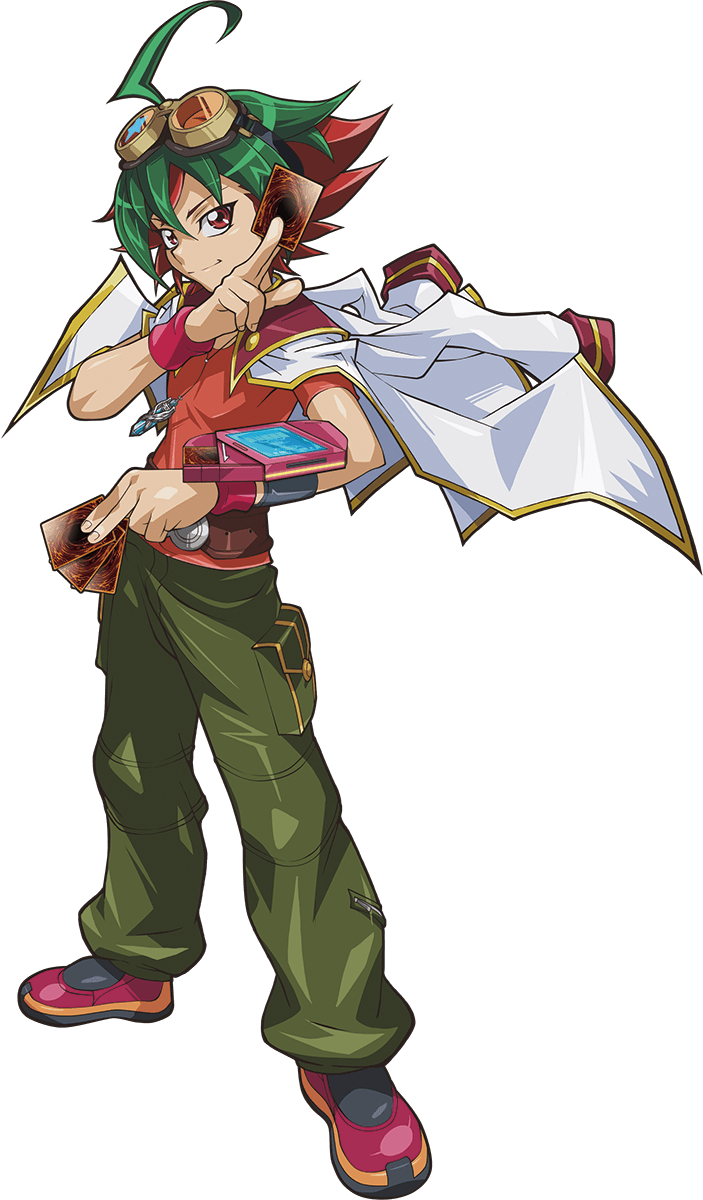 Yuya Sakaki is a sharp and spirited duelist who hopes to be the greatest dueltainer the world has ever seen! Whenever Yuya takes center stage, he always brings fans to their feet and smiles to their faces! With his newly-discovered Pendulum power and his Performapals by his side, Yuya is set to swing into action and take the world of Action Duels by storm!